Discover the history of this unique method of hydromechanics.

This Courson Water Tower, built from cut stone circa 1640 is a remarkable example of a unique method of hydromechanics, used to carry water to the upper floors of the Château from the 17th century to the modern day, before the invention of electricity. Elements of the apparatus still exist today : the "Salle du Manège" (the carousel room), the wooden shaft, part of the gearwheels and the lead tank.

The water tower consists of four storeys : in the basement, the source of water (the spring) could be found. On the ground floor, called the "Salle du Manège", a shaft was driven by the movement of two mules around a circular paved circuit, hence the name of carousel. On the first floor, gearwheels powered the pistons used to raise the water to the level of the lead tank (located on the second floor) to a height of 7m, sufficient to supply the Château.

In 1850, the wooden gear system was replaced by a cast iron system, and the mules by a steam engine. In 1925, a gasoline engine provided water directly to the grounds, bypassing the tank.

Up until 1975, the water tower provided the water for the Château's needs. Today, it is used to water the gardens via the use of electric pumps.

Constructed circa 1650 on the site of the former dovecote by Balthazar de Fargues, this Chapel was both the seigneurial chapel and the parish church up until the time of the Revolution.

Declared "National Property" during the Revolution, the Chapel was then sold, but was re-acquired at the end of the 18th century. In 1820, it was restored by the Duke of Padua to a design by the architect Damesme. The latter extended the interior and added a small porch with the frontispiece, as well as replacing the roof tiles with slate. A bell turret in the neoclassical style, popular at that time, was also added.

The Chapel was consecrated and was dedicated to the Virgin Mary after 1850, around the time of the Marian apparitions at Lourdes. The interior decoration was entrusted to the painter, Alexandre-Dominique Denuelle.

The large ellipsoid-shaped glasshouse is one of the two glasshouses found on the edges of the former kitchen garden, constructed by Delarue in 1860. It is a vestige of the glory days of the grounds of the Courson Estate, a time when seven gardeners worked under the direction of the landscape designer Bühler, and the duc de Padoue, growing seeds from all over the world brought back by travelling botanists (see the Hippolyte Trail in the Family section). The large glasshouse was a cold glasshouse, facing north and south, destined to protect foliage and fragile species from frost.

Its ellpsoid shape, which contributes to its rarity, is structured around the central aisle and is surmounted with a footbrige. It measures approximately 22m in length, 8,5m in width and 3,5m in height.

This 19th-century glasshouse, along with the water tower, is one of the rare jewels of the so-called "industrial" architecture movement.

In architectural terms, the glasshouse is the expression of research into new materials following the Industrial Revolution, through its use of iron and glass. It also bears witness to the growing interest in gardening and botany in France at that time, partly due to the discoveries and rare plants brought back from travelling botanists.

The large glasshouse is accompanied by a smaller glasshouse, a hothouse, destined for seedlings and young plants. Rare and unusual species brought back by travelling botanists were planted here to acclimatise to their new surrondings, and were able to flourish, thanks to the favourable conditions.

Constructed at the end of the 19th century on the site of an 18th-century pavilion, this Children's Pavilion is reminiscent both of Anglo-Chinois style that was in fashion at tha time, and the folies typical of the 18th century that one can find at the Désert de Retz, Méréville, Ermenonville or Jeurre Gardens. 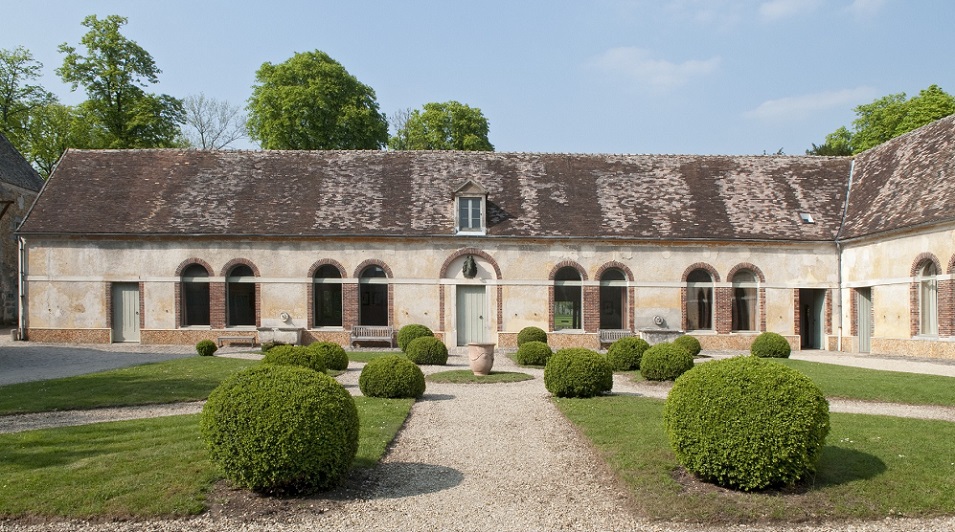 Transformed into reception rooms in the 19th century, the former stables are a wonderful venue for both private functions and corporate events. 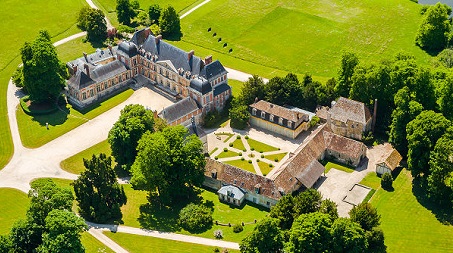 Have a look at our photo gallery.