With its slate roofs, harmonious volumes and classical form, the Château, with its horseshoe-shaped design, retains elements of the original building constructed in the 16th century. The Château de Courson was listed as a Historic Monument in 1944 and perpetuates that great French tradition of splendid and refined aristocratic homes. Several original features however, may be said to give the Château its own unique personality.

The ferruginous sandstone on the facade of the Château - unlike the grey stone at Fontainebleau - has white and ochre hues, which perfectly match the local brick, of a delicate orange colour. The plentful windows allow the light to flood into the interior of the building, filling its tastefully decorated rooms with a remarkable light and airness.

Courson is impressive for the way in which the Château can be said to marry its natural surroundings. The gardens provide a magnificient setting for the residence, with their clusters of trees, winding pathways, and shimmering lake, offering the visitor tantalizing glimpses of the impressive stone and brick dwelling.

The interior of the residence boasts a series of large rooms or reception rooms, redecorated in the 19th-century by the architect Delarue and painter Denuelle, both of whom had connections to the Royal Court. The pair transformed the former entrance hall of the Lamoignon family into an exceptional drawing room, decorated in shades of red and gold. The room is undoubtedly the most impressive room in Courson, measuring 17 metres in length and spread over two floors, and offers the best example of the Château's opening up towards the exterior.

The decor, influenced by the Italian palaces built during the Renaissance by the architect Palladio, features a trompe-l'oeil balustrade, decorated with plants. The beautiful painted ceiling depicts a spring sky, filled with graceful birds. Nature is also present inside the Château. 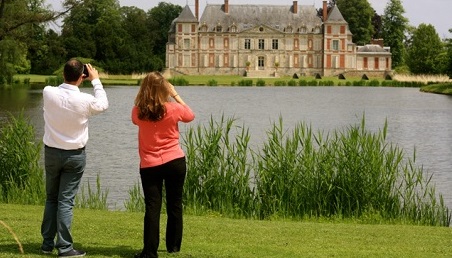 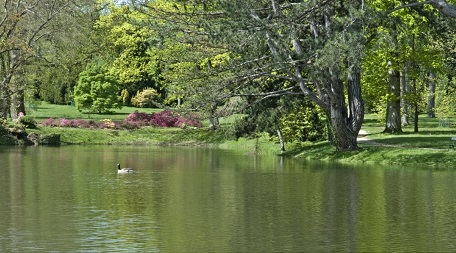 Designed in the 17h century by a disciple of Le Nôtre, the grandiose gardens at Courson were transformed in the 19th and 20th cenuturies to become one of the most beautiful romantic gardens of France. 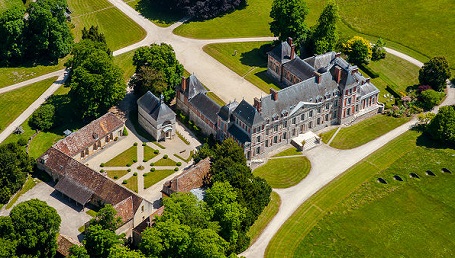